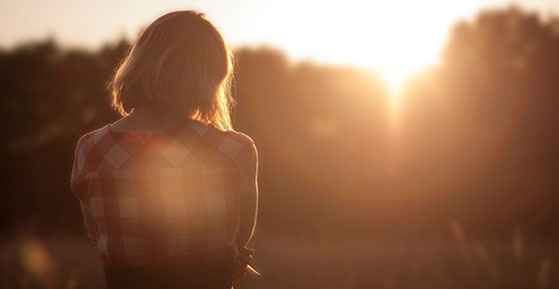 What is Anorexia Nervosa?

At its most basic, anorexia nervosa is mental disorder characterized by an obsessive desire to lose weight. In fact, individuals suffering from anorexia often greatly fear gaining weight, even if they are already weigh less than their physician would consider healthy or safe.
As such, anorexia sufferers hold distorted body images about themselves (e.g. they feel fat when they’re actually very thin), which is what pushes them continue losing weight.
In order to force their bodies to do this, individuals suffering from anorexia can employ a variety of methods, including excessive calorie restriction or exercise, vomiting (also known as purging), as well as the use of laxatives or diuretics. In most cases, individuals with anorexia can’t control this behavior, even when It becomes life-threatening.

What Are Some Signs or Symptoms of Anorexia?

Unlike many other mental conditions, the onset of anorexia can be insidious, as people often hide their affliction from others by wearing baggy or oversized clothing to conceal their weight loss. Because of this, even close family members and other relatives may not be aware that their loved ones are suffering from this devastating condition.
With this in mind, here are some red flags that someone you know might be suffering from anorexia:

What Are Some Side Effects of Anorexia?

Because of their persistent weight loss, individuals with anorexia may feel weak or fatigued, or suffer from secondary conditions such as dry skin, hair loss, and a compromised immune system. Women with prolonged anorexia may develop a condition known as amenorrhea (the absence of a period), which is a serious sign of inadequate caloric intake.
Eventually, patients with anorexia won’t be able to tolerate even small amounts of food, which can be associated with the unpleasant sensation of fullness, along with bloating, nausea, constipation, and even severe abdominal pain. As a result, the downward spiral continues and patients begin avoiding food in order to avoid these unpleasant sensations altogether.
As a result of their progressive weight loss, individuals diagnosed with anorexia nervosa may experience serious electrolyte abnormalities, such as low potassium and magnesium, low blood sugar, high liver enzymes, and dehydration. And while these symptoms are a cause for concern alone, when taken together they can lead to serious cardiac, renal, and hepatic complications. In fact, the most frequent cause of death related to anorexia is cardiac arrhythmia.

How Do I Know if I’m at Risk for Anorexia Nervosa?

While both men and women can suffer from this devastating disease, anorexia affects women much more frequently by a ratio of about 10:1.
With this said, individuals most at risk for developing anorexia nervosa include:
On top of this, there is some evidence that developing anorexia can be linked to hereditary, although there are typically one or more factors that cause anorexia to manifest or flare up for those already predisposed to the disease.

Can Anorexia Be Effectively Treated?

Effectively managing and treating anorexia typically consists of two main approaches, which can last up to 8 weeks:

The first step in treating anorexia is to address weight gain, which should be accomplished under the close supervision of a dietician in order to avoid too-quick weight gain and/or refeeding syndrome.
During this stage of treatment, lab tests should be run weekly; or more frequently, if it’s necessary for the patient’s electrolyte status to be monitored.

While regaining much of the weight lost during a patient’s battle with anorexia is a positive first step, it’s often insufficient to treat their affliction as a whole. This is because—especially in advanced stages—patients may not be able to accept that they’re gaining weight, and once this occurs, they may become scared and immediately begin trying to reverse their progress.
In order to avoid this cycle of progression and backtracking, it may be necessary for anorexia patients to combine their weight gain treatment with other tools such as psychotherapy, cognitive behavior therapy, and family therapy, in addition to medications that address depression, anxiety, and mood disorders.
Because of these concerns, effectively treating anorexia is a complex process that should involve the expertise of several different medical specialties. Ideally, anorexia patients should be hospitalized at an eating disorder facility, and should be under the close supervision of a dietician, psychotherapist, psychiatrist, and internist.
Unfortunately, even after a patient has successfully completed their treatment, there is a strong likelihood for relapsing at some point later in life.

Who Can I Talk to About Anorexia?

If you have concerns about anorexia, be sure to talk to your health care provider here at Advanced Family Medicine. Because the sooner treatment is started, the more successful it will likely be.
When you’re ready, give us a call at (425) 453-6838. We’re here to help.

Popular posts from this blog

7 Things to Know About Osteoporosis via healthgrades)

August 21, 2018
1. Osteoporosis weakens bones 2. Millions of people are at risk 3. Osteoporosis affects both men and women 4. Age is not the only risk factor 5. Osteoporosis can be hard to detect 6. Osteoporosis cannot be cured 7. Medication might be an option for full article please go to this link
1 comment
Read more

Stressed? Use These 4 Simple Simple Techniques to Gain the Upper Hand

October 18, 2017
Stressed? Use These 4 Simple Simple Techniques to Gain the Upper Hand Stress and anxiety are challenges that nearly every one of us face at some point in our lives. After all, modern life is filled with things that can pull us in a million different directions, until we feel like we’re constantly playing catch up. In fact, 77% of Americans regularly experience physical symptoms caused by stress, 48% feel their stress has increased over the past five years, and a whopping 1/3 of us feel we’re living with “ extreme stress .” Clearly, stress is a big problem that needs to be handled in order to maximize our physical and mental wellbeing. But how? Dealing with Stress Whenever we  experience stress , the key to healthy management is based squarely on our perception. In other words, when stress occurs, we’re basically left with only 2 decisions: We take responsibility for our stress by honestly asking ourselves how we got into this situation, and what we can learn from it, or
Post a Comment
Read more