Your Condensed Guide to Dupuytren's Contracture

Your Condensed Guide to Dupuytren's Contracture 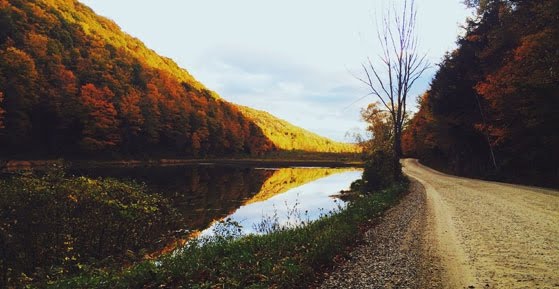 What is Dupuytren's Contracture?

What Are the Signs & Symptoms of Dupuytren's Contracture?

Although advanced cases of Dupuytren's contracture involve loss of grip strength, the condition can begin simply with the development of a small, painless lump on the palm, often near the base of one or more fingers, along with  mild aching and/or itching. While Dupuytren's contracture can technically affect both hands, there is a tendency for symptoms to appear only on one hand or the other.
In addition to these symptoms, as time passes, the palmar fascia actually changes from collagen type I to type III, which is thicker and allows less range of motion. Once this occurs, knots can form under the skin that “attach” to one another and form a long cord (essentially scar tissue), which acts almost like a rope that keeps one or more fingers in a permanently bent position.
In most instances, Dupuytren's contracture commonly affects the ring and pinky fingers in men of Northern European descent, although it can also affect women. And as mentioned above, Dupuytren's contracture has a tendency to be progressive and occur over the course of many years, although progression can start and stop at times.

How Do I Know if I Have Dupuytren's Contracture?

Only your AFM physician can formally diagnose you with Dupuytren's contracture, which can be as simple as laying the palm of your hand on a flat surface (aptly named the “tabletop test”) and attempting to extend the affected fingers. Additional diagnostic tests for Dupuytren's contracture include testing your grip strength, your ability to pinch, as well as examining your hands for the telltale nodules and lumps.
If your AFM physician has been following your symptoms for a while, they may also take measurements during each of your visits to discern the amount of contraction that has occurred.

Unfortunately, the underlying cause of Dupuytren's contracture is not well understood, although there are certain risk factors that make it more likely you’ll be diagnosed. These include:

Are Treatments Available for Dupuytren's Contracture?

While there isn’t currently a cure for Dupuytren's contracture, there are a variety of treatments available that can reduce its effects. These include physical therapy modalities (many of which can be completed in the comfort of your own home), needling, enzyme or steroid injections, and in severe cases, even surgery.
Depending on your specific diagnosis, your AFM physician will outline a personalized treatment plan that can effectively address your Dupuytren's contracture. However, it’s important to keep in mind that it’s likely some symptoms will remain, which can become re-aggravated over time and require re-treatment.

Would You Like to Know More About Dupuytren's Contracture?

Popular posts from this blog

7 Things to Know About Osteoporosis via healthgrades)

August 21, 2018
1. Osteoporosis weakens bones 2. Millions of people are at risk 3. Osteoporosis affects both men and women 4. Age is not the only risk factor 5. Osteoporosis can be hard to detect 6. Osteoporosis cannot be cured 7. Medication might be an option for full article please go to this link
1 comment
Read more

October 18, 2017
Anorexia Nervosa: Causes, Symptoms, & Treatments What is Anorexia Nervosa? At its most basic, anorexia nervosa is mental disorder characterized by an obsessive desire to lose weight. In fact, individuals suffering from anorexia often greatly fear gaining weight, even if they are already weigh less than their physician would consider healthy or safe. As such, anorexia sufferers hold distorted body images about themselves (e.g. they feel fat when they’re actually very thin), which is what pushes them continue losing weight.  In order to force their bodies to do this, individuals suffering from anorexia can employ a variety of methods, including excessive calorie restriction or exercise, vomiting (also known as purging), as well as the use of laxatives or diuretics. In most cases, individuals with anorexia can’t control this behavior, even when It becomes life-threatening. What Are Some Signs or Symptoms of Anorexia? Unlike many other mental conditions, the onset of an
Post a Comment
Read more

Stressed? Use These 4 Simple Simple Techniques to Gain the Upper Hand

October 18, 2017
Stressed? Use These 4 Simple Simple Techniques to Gain the Upper Hand Stress and anxiety are challenges that nearly every one of us face at some point in our lives. After all, modern life is filled with things that can pull us in a million different directions, until we feel like we’re constantly playing catch up. In fact, 77% of Americans regularly experience physical symptoms caused by stress, 48% feel their stress has increased over the past five years, and a whopping 1/3 of us feel we’re living with “ extreme stress .” Clearly, stress is a big problem that needs to be handled in order to maximize our physical and mental wellbeing. But how? Dealing with Stress Whenever we  experience stress , the key to healthy management is based squarely on our perception. In other words, when stress occurs, we’re basically left with only 2 decisions: We take responsibility for our stress by honestly asking ourselves how we got into this situation, and what we can learn from it, or
Post a Comment
Read more